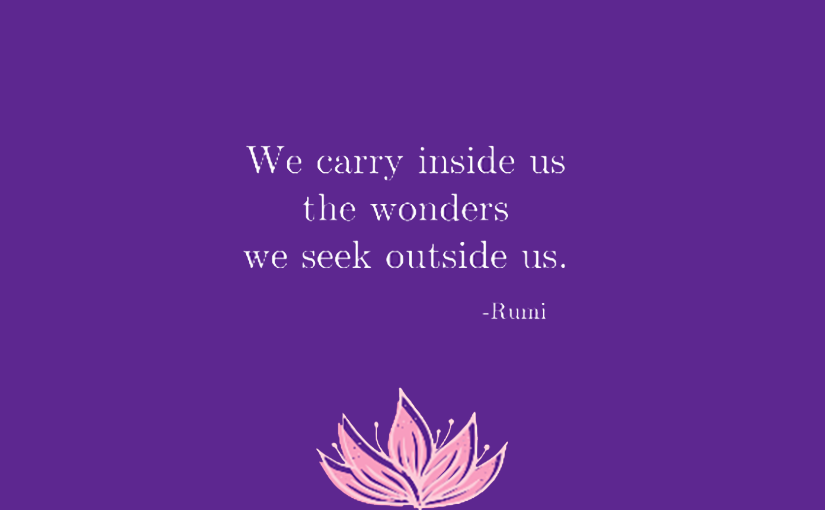 It was windy that day. It was all storm and rolling cans and gray. I tore out of the house on tired roller skates, leaving my mother’s disapproving bellows to ripple in the wake of my defiance. It was not a “proper” day for the outdoors. The trees howled like wounded animals and neighbors had their heavy curtains drawn, hiding from an uncertain world.

Two blocks from my house, the pony tail my mother had so painstakingly bridled had broken its bounds. Loose hairs scattered in all directions in dizzying delight. My knee socks sagged like a caterpillar shedding its cocoon and my baggy shirt billowed like a sail. The wildness of the storm cloaked the familiar streets in mystery and adventure. I was ready to take flight, to transform. Then, almost without realizing it, I slowed. Someone had managed to pin down the sun right there on the cracked uneven sidewalk of Ashby Street.

It was a stranger in yellow. Yellow corduroys, yellow hair, yellow galoshes, as if whoever made her only had the one crayon. She was crouched low, back bent, face turned toward the ground, a small ball of bright in the dark tempest day. Curiosity stilled my wheels and I hovered there, unsteady, above the sun. I’d never seen this girl, this echo of a warm day. My skirt orbited us erratically in the strong wind and my lanky form struggled to steady itself.

The apparition looked up, frowning. “I think it’s a goner.”

“Excuse me?” I was thrown. Yellow doesn’t frown.

Upon closer inspection I saw it. A black bug struggling by the tips of her toes, legs sprawled, feelers in a frenzy, it twitched like an experiment gone wrong. The girl gently nudged it onto her finger and set it down on a patch of thirsty grass, hollering oversized words of encouragement at the tiny dying bug. “Come on! You can do it! You’re small, but you’re strong!” She screamed in a mostly merry way, but exhaustion could be heard in the spaces between. As if the excitement of Christmas morning was nearly over and the let down was about to sink in. The rain was starting to fall and through the wet wind it was hard to decipher exactly what her demeanor was. Whatever, she did it with gusto. The full expanse of her saffron glory focused on that small creature. We watched it together, for a while, as water to its left and right collected in dangerous pools. Then she stood and turned her attention to the teetering figure that was me. I clutched at my skirt and tried on a smile. She smiled right back.

These days, there are times I can’t remember my address, my age or my own name. The pain is too great. But I’ll never forget the day I stood beside the sun and rooted for that poor defenseless bug.

The stranger, destined to become my friend, was Kate. Kate Hughes. Protector of insects, exhaler of life, optimist extraordinaire. Lover of yellow and scented markers and anything that popped. She made you believe you were someone special. If the world was a house, you were the kitchen. Every day moments became the stuff of legends. Magic pervaded the crevices of every wrinkle, every blip -nothing was by accident. It was all preordained. It was all beautiful design. If I could have lived life through the eyes of Kate Hughes I might’ve had a chance.

Sometimes I’d pretend Kate never existed at all. That the world was always pancakes with no syrup, birds with no song -small and dull and flat. She was just an imaginary character I conjured to help ease the pain.

But I couldn’t have imagined all the days we spent, licking cones, suspended in the grace of laughter and surprise. We were weightless, supported on the breeze of long idle days and the warmth of vinyl lawn chairs and cheer. All those easy hours filled with nothing. Before responsibility, heartache or talk of death. The expansive future stretched in front of us like a blank sky all baby blue and sweet and clear. We were going to shoot across the emptiness and dazzle like starlets of the screen. We were important. We mattered. We were free.

Looking back it is so easy to see the fault and folly of our naive ways. We were the floating cotton seeds I’d watch from the bed of dad’s Chevy. A lovely confused summer snowfall -unwitting precursors of the deep winter to come.

For a while you can pretend Fate is a strong tail wind, pushing you forward, yet remaining safely behind. But if you run from it long enough, Fate, that faintly metallic melody sneaking along the back alleys of life, can suddenly get very loud, blow the speakers right out.

We tried, Kate and I, for a while. To block out the noise of Fate’s decree. We purposely went against the gut, determined to prove that we really did have a choice in it all. But if we listened closely, there was this persistent chatter coming through everything we did, like an unwanted adult in the room.

There’s a map hidden in the night sky. The story of what will be. The creator of which, left out the legend or perhaps purposely erased the key. Countless constellations, collections of facts. The recipe of our lives. The smallest fraction of which was ours, mine and Kate’s, sifted and measured out and mixed into the night. The most important details hidden in the interstellar medium, the dark space just beyond the shadow of stars. A place so dim it’s often forgotten. It may be conjured on rare events, when everyone’s gathered by the crackling of a fire and someone squeals a request, for the story of a ghost. That’s what Kate and I are now. We are ghosts, mere shadows of the girls who took that tiny bug home on an unreasonably stormy summer day.

The story can be found here too. Lying in the dust at my feet -scrawled in the broken bones of coyotes, outlined in cracked desert reds. At night it tiptoes on fuzzy lines, disguised as the fleeting images of dreams, and runs down my cheeks while I sleep. Leaves only the faintest of tracks on my pillow and disappears before the morning breaks.

Perhaps it was decided before we arrived on this ball of blues and greens, turmoil and tears. Maybe we chose what our souls needed to learn next? To land in the deepest crevices of suffering, the darkest places of ourselves, as if that could somehow unearth something. Something Important.

This story was messy. It was all parched dirt, rancid meat and flies. I’ve seen movies that were worse, but they weren’t real life. They didn’t belong to us.

I cried, I screamed, then I stopped moving. I just stalled. Fate pulled out in front of my idling form, stayed so close I could read its plate. 2L84U. I couldn’t escape or see the oncoming lights. Seeds that had once drifted aimless and free were buried beneath six feet of dirt and decay. They had taken root while we were busy looking at the sky. Yet, destiny had always been there, disguised as mere passerby, or actor on the stage, or piece of buttered toast, watching us with those infinite eyes under lids of blue veins and ta-da!

The local paper, carelessly threw out the news in 12 point Comic Sans, as if the whole thing was a joke. Kate was pronounced a runaway. A Runaway, ha! As if Kate could ever be in such a pessimistic state. It was as impossible as painting the sky red. Kids who ran away were unhappy, they were complicated, they were in pain. They complained often, or sulked or rummaged through their locker tossing books and hope aside. They cut themselves and stank of Strawberry Hill and regret. I never saw a picture of one dressed in yellow. I never saw one teach others to soar.

Kate was wearing her favorite top that day, the one with the frayed v-neck that had faded from days of lazy naps in the Arizona sun. She wasn’t carrying a suitcase, a red and white bandana on a stick or even her keys. Just a jar with a bow. There was no explanation neatly tied up in the perimeters of a note, nor previous conversations that foreshadowed a change. She just disappeared, vanished like a mirage on a hot desert road. All that was left was a crumpled gold ribbon and a card addressed to me.

Exactly two days and four hours later the door swung open on hinges that squeaked of illness, heartache, and old grease. And Fate dressed in a rambunctious red sauntered in. The doctor’s coat was crisp and white and nearly covered his khaki’d knees. In his small hands he held a stiff brown board, upon which my diagnosis, my Fate, fit neatly on a square of 8 x 11. He spoke in tones shrouded in shhhh, listened to my parents, and nodded now and then. All the while his face waited patiently so it could go home, sit on the new suede couch, have a beer and remember how to smile.

Within the confines of one word, the future shrunk to the size of that room and everyone in it was suddenly too big. As if the plaster had been poured around our future selves and the paint had dried too thick. It was the only time I’ve seen my mother cry. My father’s embrace, the doctor’s tiny hand on the exaggerated hunch of her back, all movements performed as if I were no longer there. This misery was orchestrated for them. They were being robbed of their perfect life, so wronged. Poor, poor them.

I sat alone. Still as silence. On a hospital bed with corners rumpled from countless forms struggling against death, I closed my tired eyes. I passed friends as if they were cars in the next lane. I watched them in my mind, moving toward some vague destination, smiling, confident in the belief they had a full tank. That, that baby blue, sweet, clear, sky stretched on forever, just for them.

But in the end, we’d all run out of gas. Some sooner, but it’s a shared Fate, a shared story, this life of ours. The meanderings, the creative pursuits the small wars we wage. The loves lost, the happiness found, the wagging tails of dogs. The cupcakes and sweets that melt in our mouths and the broken hearts that send us to our knees. The moments, the details, the ingredients in our bowl, are all combined for one final feast. The winding and intersecting paths of this Earth, this stage, all lead us there. Here -to the place we will all meet. A gathering of souls, where those who once were strange to us, become our home. It’s here we sit on the celestial spiral carpet, like preschool kids eager to learn, and share the stories -the roles we played -the emptiness and fullness of our hearts. And it’s here that the invisible something, that intangible Important, grows. It wraps itself around our group in a loving and hard embrace. We find ourselves floating once again. Seeds, all soft potential and searching and light. We’re pushed outward in blinding expansive force, and suddenly, -we are Free.