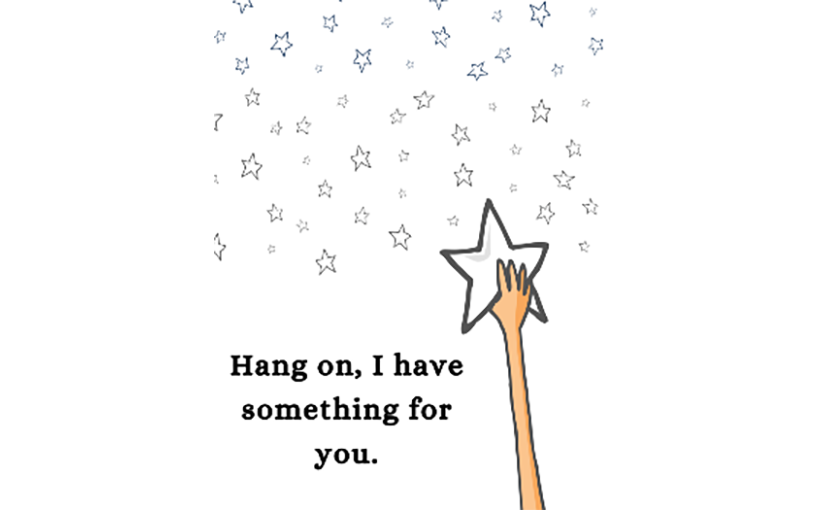 She’d been alive for centuries. But for them, it started with a ship — a flat slip of silver that slid through the sky like a note from God. It bore the markings of a language they’d never seen and the echoes of other planets danced in its wake like wisps of a dream. When it landed they came from all over, pilgrims from desert, from mountain and sea, all searching for answers — for some reason any of this should be. But when the door opened and a single girl walked out, she could see them whisper and shake their heads in doubt. The only eyes that stayed fixed belonged to the children, barely visible in a field of farmers, lawyers and cold. They strained to see beyond the tattered coats, the misgivings and fears of the old. This girl was their savior, a beacon from home, but no one seemed to understand except they alone. Their tiny bodies so light with cautious hope their feet barely touched the ground — but all this was lost, blanketed out by the adults’ buzzing sounds.

She went to work, set up shop on the corner of 7th and Main. As if it were the most ordinary thing in the world, for her to be there, with them, next to the Cineplex and the aging water-tower. Some believed she was a living dream catcher. And if they thought a thought or looked her way or a stray hair landed upon her coat, she could read their life, like it was nothing more than the Sunday news. And because most didn’t have the sort of life they wanted others to discuss over coffee and sweets she made them nervous, as if she merely looked like she were formed out of sugar and spice — that beneath the surface she was anything but nice.

The boldest made the first appointments. Coming with stories of loss — of finances, of family, of faith. Big men with little dreams and little women with big dreams. They came and they went, filing in and out like Seuss’s star-belly Sneetches on star-belly beaches. It’s not that the stories didn’t move her, not at first at least. They just lacked depth of thought, never going further than shallow jealousy or the strings of a purse, or the roundness of their ass. As the days turned to weeks and the weeks turned to months she grew restless and sad and downright mad. These beings were so far behind, they couldn’t even see that there was no difference between what was and what ought to be. She took to pacing the floor or lying on the grass or talking to the trees. She just wanted to call it a day, put up the ‘closed’ sign, climb in her ship, and leave.

The magic awoke with a young boy named Will. He was fair haired and thin and had the tiniest of grins. One would miss it if they weren’t paying attention, might not see the miracles madly swirling within. So slight was his outward appearance of joy, not even she saw him coming. She was sitting in the yard behind the shop at dawn, below the crooked oak that wore its sagging bark like a yawn. There was a thick layer of morning dew like tiny pools of tears on the ground and the hushed tones of sleep still hung in the air. She was sipping a cup of mint tea when suddenly he was there. He was dressed in overalls two sizes too big and in one hand he carried purple fig and in the other he carried a small blue ball. His eyes were bright and alive and she finally felt it — a connection to them all. Like a tiny appendage of the greater whole he reached out to her and wouldn’t let go. He wrapped his story around her hard, like a hug that would never end. He spoke to her as equals, like he was old and they were the dearest of friends. And they sat there together as the sun traveled further across the sky and the neighbor’s fat cat watched dis-interestedly from nearby.

And she breathed a sigh of relief.

After she listened, there were a few blanks to fill — what do you love most? She asked. At this his eyes darted to the sky and he pointed one small finger up high. She nodded. And what do you fear most? That they will never learn. That they will become only ghosts when they die. And what will you miss most? She supposed that was redundant to the question she’d asked first, and was excited to tell him not to worry, that there were skies that were pink and full of blue puffy clouds, skies that were bordered by oceans and nothing else, skies that never dropped anything but love…but she was wrong. Instead, he said, I guess what I’ll miss the most is spending the night at Jimmy’s. His mom makes pancakes with bacon smiles for dinner, and they sleep in till noon, and there’s never anyone but you in your room.

She took his hand and smiled, brushed the buzzing from her ears, and climbed aboard the silver ship while the boy waved goodbye to the angry people and their useless fears. Together they travelled across periwinkle lakes and through dying stars thick with dust, over glowing hills made of sea-foam, and huts made of grass. And he showed her how to gather hope the way he used to collect from the ocean’s shore tiny bits of glass…some worn so bad with storm it’d turned both the color and its form. And he kept all the hopes — the wishes, dreams, optimism and joy, in a special place he made so that countless worlds filled with countless souls would sense it and be a little less afraid.